Henze, in his own words 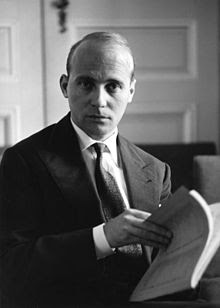 My certainty lies in my wavering. My wavering is ambivalence about a world that has populated itself with people whose papers are all in order. is one meant to congratulate, to applaud them? (1957)

Art is constantly in danger and must incessantly be re-invented, to ward off the encroachment of mechanical processes. (1959)

Old forms, like classical ideals of beauty, seem to me no longer attainable, but they still may be seen in the distance; they stimulate memory, like dreams, but the path to them is filled with the great darkness of our age; this path to them is the most difficult and impossible. It seems to me the only folly worth living for. (1963)

I needed to be entirely alone, like a hermit, in order to find out what music represented for me, how it is tied to our existence, what its meaning might be, and what the cultural tasks might be for the composer in human society.

Music as speech: a discourse, a syntax, a means of communication and instruction.

Music is not musicology, and the logic of a work resets on a unique constellation of incident, encounter, experience, agreement; it transcends inherited rules, construction, calculation… illuminations and discoveries take place in dreams, not in the laboratory. Not, however, in a state of haziness, but in the wakefulness of sleepwalkers, where facts are perceived with abnormal clarity. (1964)

On Auden & Kallman’s libretto for The Bassarids, quoting Aurora Ciliberti:
Culture is for Auden not scholasticism, but a real knowledge of the facts; its core is faith; it is not something one wears like a piece of jewelry, but what makes a human being.

The charm and the fascination of the theatre lies precisely in the multitude of possibilities with which it can reflect life in ever new shapes and forms.

Fundamental human and existential problems give rise to music.

I have on occasion said that music drama interest me because for me music is a language that people have not yet mastered, and about which they do not yet know enough. Today [1975] there is a terrible danger, as people are bombarded with music everywhere they go, that this situation will harden into a kind of paralysis of the ear and the organs of sound perception. So instead of the human psyche and intellect being developed to understand music as a language – as a part of the sign-system of our civilization – there is a total idiotization, an impoverishment of the possibilities of perceiving the true meaning of musical signs. A major part of my efforts is concerned with communicating the language of music as such, and as a language that comes from the history of our civilization, that has an origin, a present and a past, and will have a future for which we, the composers, are responsible. 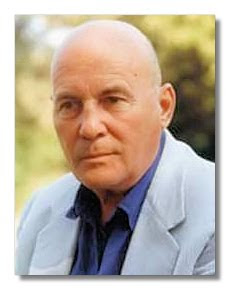 Forms in art are in fact also forms of behavior as between people – modes of communication… Art is living and essential only where it is involved with people’s needs and problems. (1975)

Posted by Scott Williamson at 1:50 PM